Home > Glaucoma > Is There a Link between Sunlight and Glaucoma?

According to a study published in the journal JAMA Ophthalmology in 2014, increased exposure to sunlight and the corresponding ultraviolet radiation could increase the risk of glaucoma. A research team led by Dr. Louis Pasquale of Harvard Medical School and the Massachusetts Eye and Ear Infirmary examined 185 people in the United States and Israel with exfoliation syndrome (XFS) and 178 people without the eye condition. Researchers found that the latitude where the participants lived and the average number of hours a week they spent outdoors both played a role in a person’s risk for XFS.

Researchers found that people who worked or lived near water or snow were also more likely to develop XFS. Genetics and other environmental factors could also increase a person’s risk. 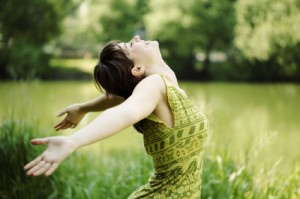 “The research is well-done and provides evidence for a role of reflected ultraviolet rays, among other genetic and environmental factors, in the development of exfoliation syndrome,” said Dr. Paul Sidoti of Mount Sinai Health System in New York City. “If the causative role of UV light is confirmed, the role of UV-blocking protective eyewear in the prevention of exfoliation syndrome would be substantiated.”

The Anne Arundel Eye Center is a regional leader in the diagnosis and treatment of glaucoma. Led by board certified ophthalmologist Dr. Samuel Boles, AAEC offers complete ophthalmic exams, as well as diagnostic pre and post-surgical eye care. Over the years, Dr. Boles has helped restore and preserve thousands of patients’ vision.

When caught early, glaucoma treatment successfully preserves vision 95% of the time or more. So the only question is… when was your last eye exam?

If you have any questions about Glaucoma Treatment or wish to schedule an appointment with Anne Arundel Eye Center (AAEC), please contact Board Certified Ophthalmologist Dr. Samuel Boles, Dr. Kathryn Gurganus Turner, and the eye care specialists here at AAEC by calling 410-224-2010 or Click Here to fill out our contact form.

For more eye care advice and information, please take a look at our previous blog posts.