Home > Glaucoma > Can Glaucoma Be Predicted? 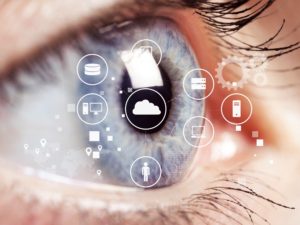 Currently, 2.7 million people in the United States over the age of 40 have glaucoma, one of the leading causes of irreversible vision loss in the U.S. Still, understanding and awareness of glaucoma is relatively low, according to a 2013 American Optometric Association (AOA) survey of 1,000 Americans. Key findings include:

A team of researchers from the Washington University School of Medicine believe they have identified a potential warning sign for glaucoma – growth differentiation factor 15 (GDF15). Elevated concentrations of this biomarker in the aqueous humor, a transparent, watery fluid found in the eye, was associated with the neurodegeneration of retinal ganglion cells in mice and rats. The results of the team’s research was recently published in JCI Insights.

“There hasn’t been a reliable way to predict which patients with glaucoma have a high risk of rapid vision loss, but we’ve identified a biomarker that seems to correlate with disease severity in patients, and what that marker is measuring is stress to the cells rather than cell death,” says principal investigator, Rajendra Apte. “Other glaucoma tests are measuring cell death, which is not reversible, but if we can identify when cells are under stress, then there’s the potential to save those cells to preserve vision.”

“We were lucky to be able to identify a gene and are very excited that the same gene seems to be a marker of stress to ganglion cells in the retinas of mice, rats, and humans,” says Norimitsu Ban, an ophthalmologist and a postdoctoral research associate in Apte’s laboratory.

However, until more research is conducted, yearly comprehensive eye exams will continue to “play a critical role in detection and treatment of glaucoma,” says Bittel.

Staffed by caring and knowledgeable professionals, the Anne Arundel Eye Center is a regional leader in the diagnosis and treatment of glaucoma and cataracts. Our state-of-the-art treatment center is dedicated to making the best eye care accessible to everyone.

A consultation with board certified ophthalmologist Dr. Samuel Boles will help guide you through the treatment process and help you determine the best course of action.

If you have any questions, please contact Dr. Samuel Boles, Dr. Nicole Kershner Regis, Dr. Kathryn Turner, and the eye care specialists here at AAEC by calling 410-224-2010. AAEC is staffed by caring and knowledgeable professionals who will help guide you on your healing journey.